RAF Fairford, Gloucestershire is a Royal Air Base which serves as a standby airfield was built during the Second World War to serve both British and American carriers and gliders during the D-Day invasion of Normandy. In more current years, it is the location of the Royal International Air Tattoo, an annual display of aircraft, considered to be one of the largest in the world. To this date, it is recognised by Guinness World Records as the largest military airshow in 2003, with an attendance of 535 aircraft.

In the lead up to the 2016 Royal International Air Tattoo, in order to ensure integrity of supply to this hugely popular event boasting over 160,000 spectators, the regional electricity network operator undertook a project to survey all powerlines which would be in use during the Tattoo. It found that a powerline where vegetation had not been maintained in some years due to the sensitivity of being in proximity to an active Royal Air Force base. 13 spans of electricity had been identified as requiring urgent attention, initially these had been as requiring an outage of power to the network, however due to the nature of the network and being only a week until the weekend of the Tattoo, Brockwells Forestry were asked to visit the site to see if we were able to undertake the works under live conditions.

Upon surveying the site, we found several barriers which would need to be overcome before undertaking the works. Firstly, method statements would need to be created to instruct our operatives in carrying out the hazardous work in a controlled and safe environment, this required the use of Insulated Aerial Devices on off-road vehicles at all times, to allow access to the vegetation whilst ensuring maximum distance from the overhead lines. Most work would require the use of insulated tools to remove vegetation in manageable sections, in addition to this, the quantity of work to be undertaken, would require several sites to be operated on simultaneously, so we were able to deliver to the client before the beginning of the Tattoo.

The next barrier was that the permission was to be obtained at the first available opportunity from both the Ministry of Defence and a local quarry operator. Method Statements were created specifically for these two locations, due to the numerous hazards that are naturally present on these sites. Our last hazard and barrier we identified was that the powerline was located on a single track road leading to a busy campsite, which became extremely busy that week due to spectators using it as a temporary home to visit the Tattoo.

After establishing contact and controlling all of the hazards, we started work on what was to become, the hottest July since records begun, where temperatures soared to 33.5°c. We amended our Risk Assessments, to ensure rotation of tasks, presence of drinking water and timely breaks. We worked mostly off the road, accessing the vegetation canopy from fields either side of the road. The diligence of our surveyors and the hard work of our operatives allowed us to complete the works on time and works were completed on the Friday before the Air Tattoo weekend. Thus saving our client the need to employ emergency contingencies, which may well have been necessary as the excessive heat had caused large sagging in the overhead conductors due to the extraordinary heat. 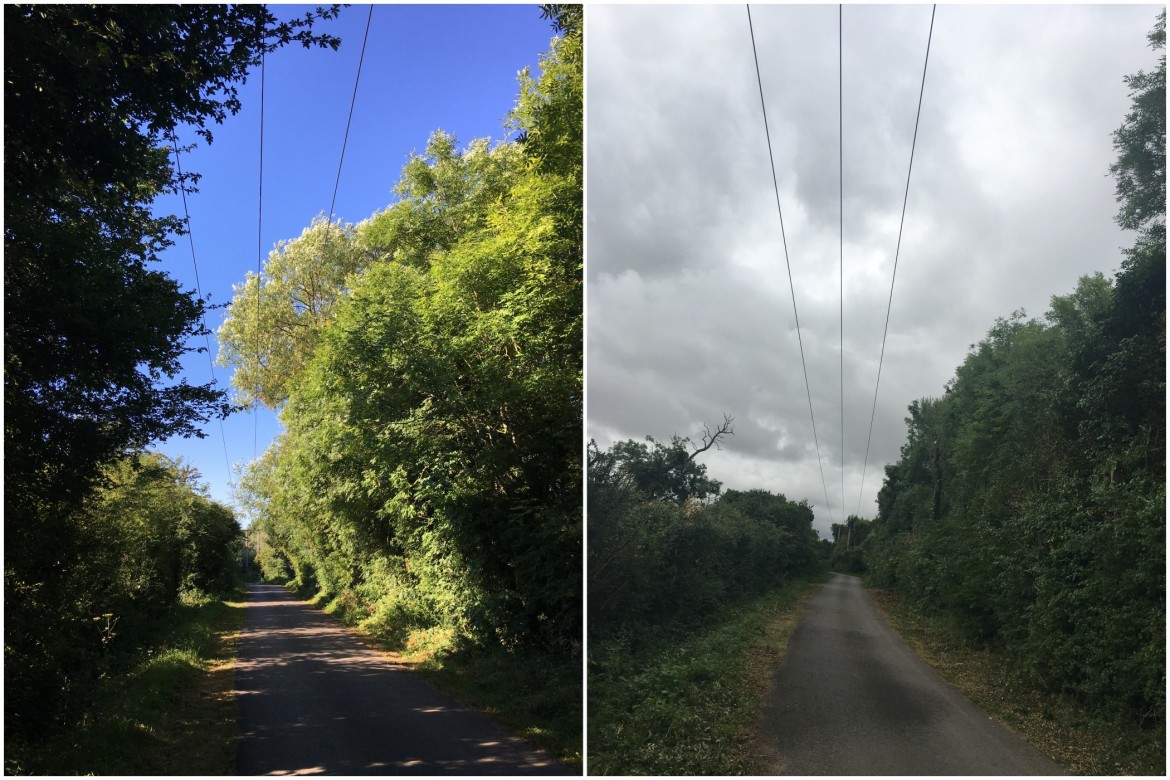 GET IN TOUCH WITH BROCKWELLS FORESTRY TODAY